May 17th was just yesterday, but it is a yesterday that will go down in history as a day that has monumental implications for farmers, agribusiness, food, food producers, food companies, and  consumers.

Their conclusion: “the study committee found no substantiated evidence of a difference in risks to human health between currently commercialized genetically engineered (GE) crops and conventionally bred crops, nor did it find conclusive cause-and-effect evidence of environmental problems from the GE crops.”

The committee announced their findings in a webcast, launched a website, and published a 420-page report. (find links to the webcast and the report at the website).  It will take quite some time to sift through all of that information, so there will be more reports and posts forthcoming. As one whose family farm is a row-crop operation, this report affects me directly as a grower, directly as an agriculture / food communicator, and directly as a consumer.

From watching the webcast, one of the things that most impressed me was that in the course of their work, the committee directly reached out to groups (deniers, some will call them) opposed to and fearful of this science which has been practiced since the 1990s. Organizations and individuals were asked to bring their questions, cite their studies, and have them evaluated during the process.  It was determined, based on scientific protocols, that much of the ‘fears’ are based on false science, and procedure not-in-keeping with world accepted protocol, which has served us well for decades. More on that later.

But for now, I will share some photos and links, as well as the four pages of the brief.  That is enough to get started on this journey of ‘feeding the world – together, based on science.”

First,  I would like to thank the Committee and its Chair, Dr. Fred Gould, of North Carolina State University. Dr. Gould moderated the webcast.

Dr. Gould stated the many factors that had gone into the committee’s conclusion:  GMOs are not Harmful to Human Health (Thanks, USA Today, for the headline & story!): 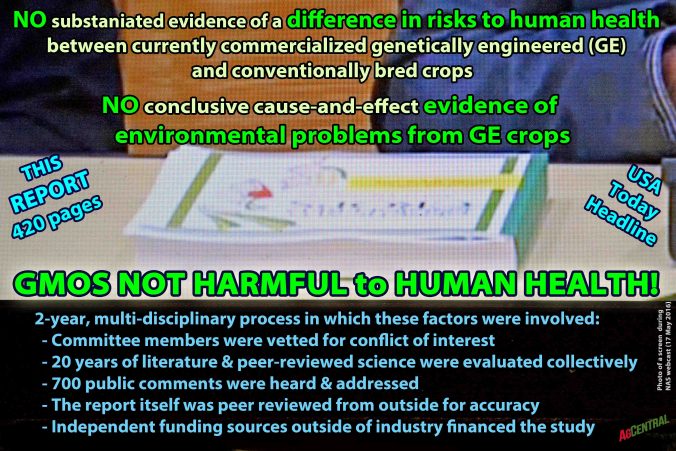 One of the things that caught my eye was this graph displayed during the webcast, which outlined the layers of information processing used by consumers as they form their opinions of GMO science.

And for now, I’ll leave you with the four pages of the ‘brief report.’  This will be a good starting point for discussions to come. 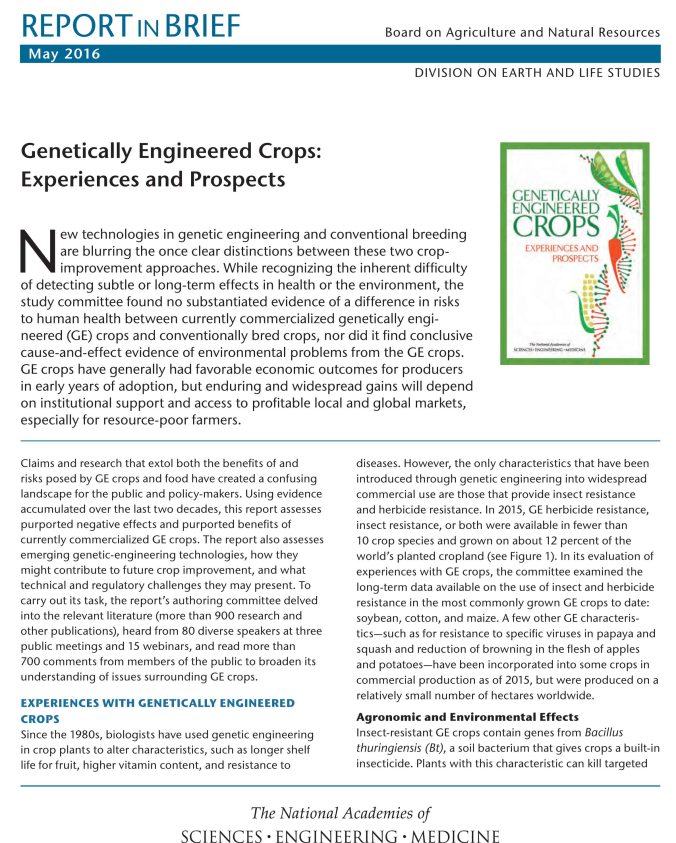 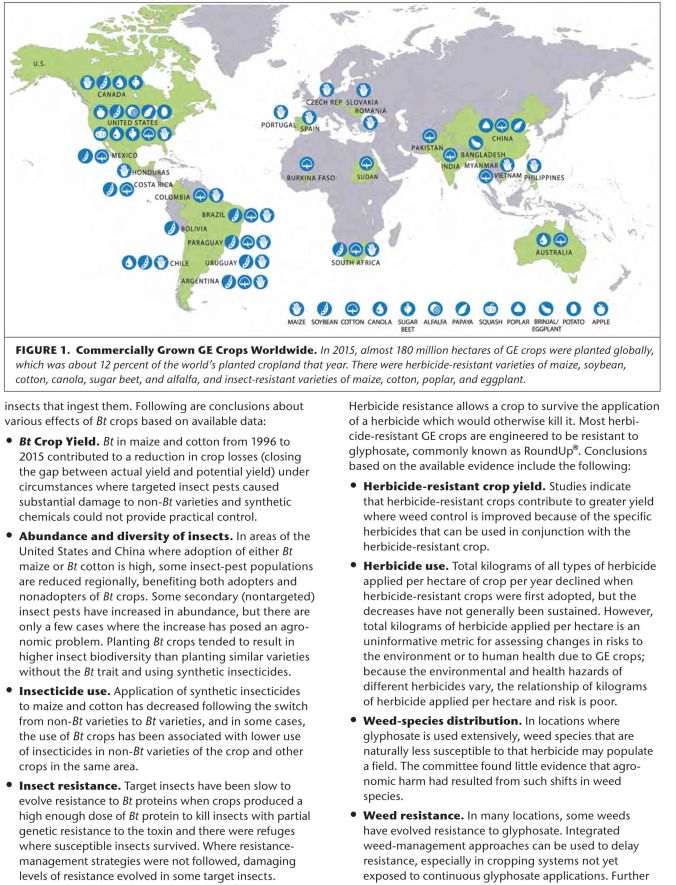 (All credit for the 4-page report goes to the Committee on GE Crops, NAS).

The subject matter discussed yesterday included the emerging science of ‘omics,’ (genomic, proteomics, and much more).  We’ll get to that later, but for now, here’s the homework for the minute.