“I’m Randy Davis. I’m a Dairy Farmer. I would like to talk to you about the world’s most nutritious product – MILK!  And I want to tell you how God has blessed me so I am able to work as a farmer in the dairy industry!”

That, and much, much more. And the quote? How many times has he been heard opening speeches to civic clubs or business meetings with those words?  Whenever he spoke, this group of folks, wife Rita, daughter Alli and husband Tyler Kamper (left), and daughter Samantha, husband Chad Craun, and their children Wilson and Deacon were ever on his mind.

How do you best honor the memory of one who lived his passion until the very end?  With a means to share his legacy with local food banks in the purchase of fresh milk for those who need it the most – that’s how!

Randy, a friend and colleague to many in the southeast and across the country, had valiantly fought prostate cancer since 2009, and finally succumbed to the disease that has claimed so many on Saturday, Nov. 26, 2016. He didn’t talk a great deal about it, but yet those who knew him best could watch his struggle as the disease advanced.  Many believe his work on the farm and work for the dairy industry was far more therapeutic to him than any drug or treatment, and his drive to farm kept him going until the end. You can begin to get acquainted with him through his obituary.

However, his story covers a scope far greater than can be covered in that obituary or through a single blog post, so for now, we’re going to share news of the Randy Davis Memorial Milk Drive Fund, and why it was so important to him.

In recent years, Randy had helped organize and promote a series of local, onsite milk drives in his home area of East Tennessee, centered in the Knoxville metro area. These events were promoted in conjunction with several area grocery stores.  A Knoxville radio station, Q100.3, has been great to work with in promoting these drives.  A basketball player, and then coach,  Randy believed in the value of Teamwork, and how each member of a team played a vital role. And these were great teams that came together in a common purpose, with Randy reviving his basketball coaching skills to bring home a win for MILK and FOOD BANKS! (Sometimes those team members included Farmer Bright, and former UT Football players like Erick Ainge and Andy Kelly!) 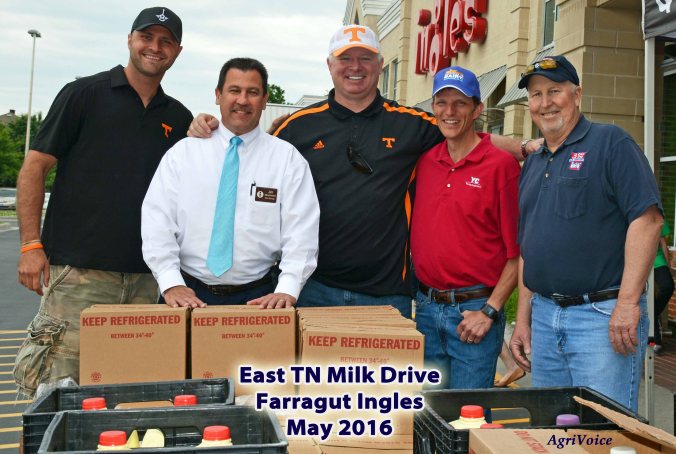 At these events, a refrigerated truck from Second Harvest East Tennessee would be seen as shoppers walked into grocery stores, and would encourage them to ask questions about “What’s going on?”  Dairy farmers and event promoters, including folks from Molly the Milk Leader and SUDIA would then answer questions about milk, farming, helping buy milk for food banks. They would then encourage people to buy fresh milk to bring to the truck as they shopped.  Many very gladly did, some teaching their children the act of giving in the process. 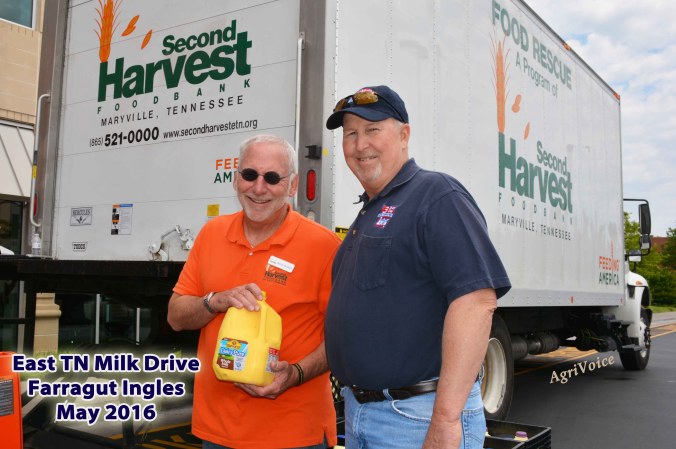 Randy delighted in these days, especially when he could see children and families returning a second year to participate in buying milk  – buying even more than the first year. One such occurrence happened in the spring of 2016.

A family had participated in a milk drive in the spring of 2015, and remembered how their boys enjoyed the thought they were helping others.  When they heard announcements of the 2016 Milk Drives on a radio partner,  Q100Country from Knoxville, they quickly decided they would participate a 2nd time.

They gladly made their first trip in to the store’s dairy case, buying eight gallons, since that was their original mission.  But as they approached the Second Harvest truck,  one of the boys decided that wasn’t enough, and the mission grew. The family went back in for a second time on the same shopping visit because they felt they needed to buy even more- another 7 gallons!  One young man reasoned “I think we need to get the same number of gallons as my baseball number, Dad!”  (The jersey number was 15, so 15 total gallons of milk it was!)] Tears came to the eyes of everyone around when the cart came to the truck! 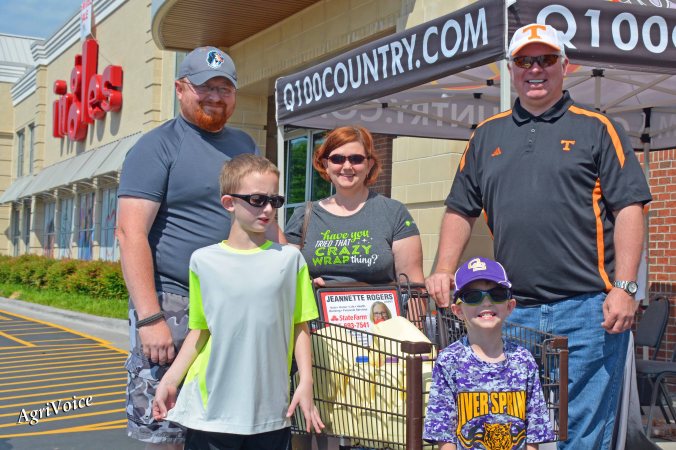 The Randy Davis Memorial Milk Drive Fund is designed to carry on that legacy:  To encourage the act of giving, and to do it in a very direct way by going to local stores, buying milk brands which support local farmers, and by then supplying food banks which will distribute that milk to the local families who need the most nutritional help.

To honor Randy, you can contribute to the fund in the following way:

You may send cash, check, or even a gift card to the following:

At the current time, we are trying to figure out how to accomplish online payments.  We’ll keep you posted on that.  It is expected to keep the fund open through next July 1st, which will take the fund giving through June Dairy Month.  A committee of Randy’s friends and some family members will be making decisions on how the funds will be distributed, and when, where, and how the milk will be purchased and delivered to an area food bank, or banks. The plan at the current time is to spend the funds in an onsite event (one or more) of some sort, yet to be determined.

Would you please consider joining in to make Randy’s smile from Heaven brighten the day of some needy families during the next months?  THANKS for doing that!

Randy, you taught us, you inspired us.  We’ll see that your legacy carries on! 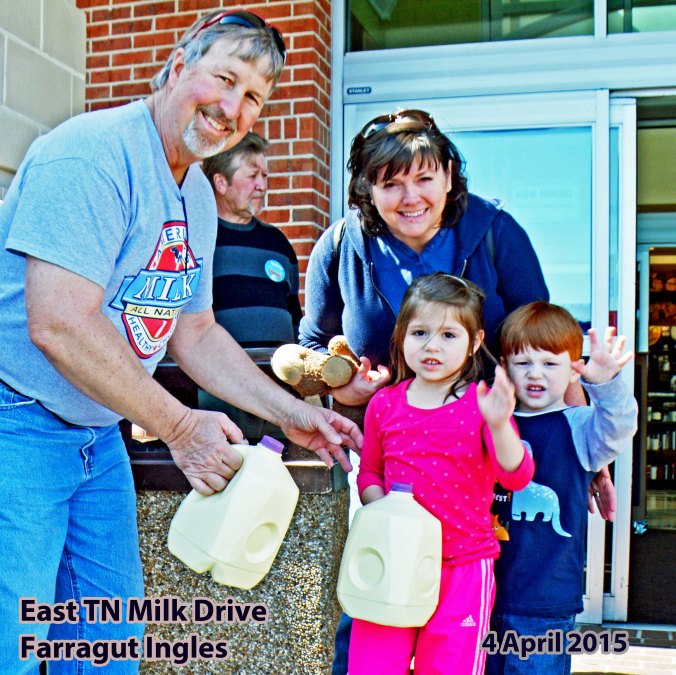