American Farm Bureau released the report of its FMMO Working Group on Wednesday, Oct. 2nd.
The group was formed following a recommendation by voting delegates to the 100th AFBF Convention in January that “the organization convene a Farm Bureau- and producer-led coalition to review methods to restructure and modernize the current Federal Milk Marketing Order system.”
The group began meeting in June with both on-site meetings and conference calls. They heard from a variety of speakers, from the Federal Market Administrator’s office to several industry representatives from differing sectors.
The southeast area was represented by  dairy farmers Steve Harrison (TN), Everett Williams (GA) and Joe Paul Mattingly (KY), along with Brandon Cobble (TN), who served as one of a few Farm Bureau staff representatives to the working group.

“What next?” is the obvious question following the release of the AFBF Working Group report.

According to  AFBF’s Chief Economist, John Newton,  “Farm Bureau members will need to review the information, modify or add ideas, and submit resolutions.”  He notes that the report “will not automatically be considered, nor will it automatically go into Farm Bureau policy.“

In other words, and in keeping with Farm Bureau procedure, members must take action. 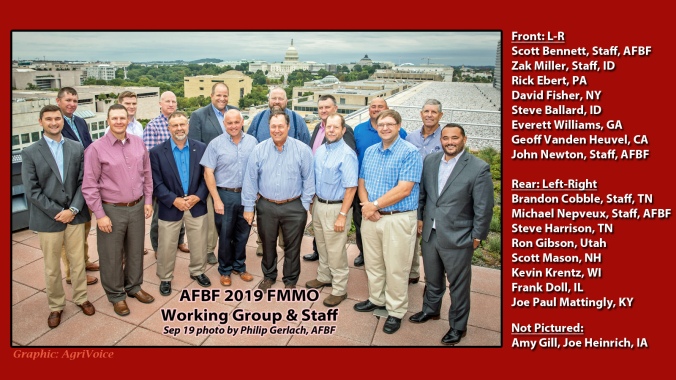